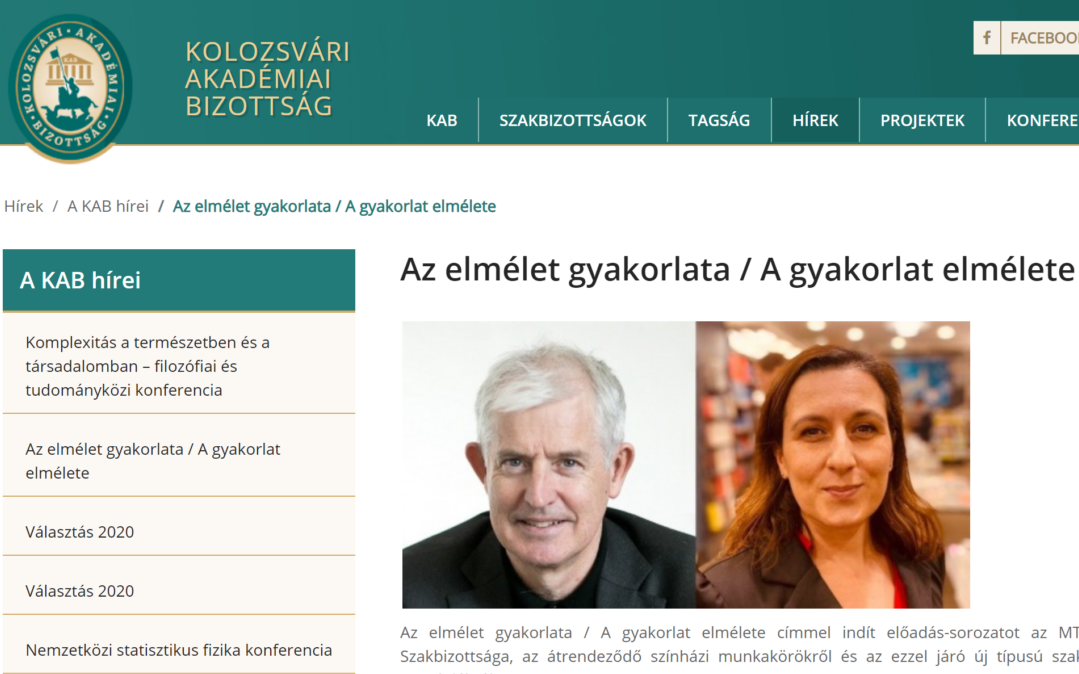 Diversifying Research Methodologies for Theatre and Performance: Seeing the Artist as a Collaborator rather than a Collaborationist

Abstract: This contribution bridges over between my previously published research on deprofessionalisation in ‘theatre-making’ (2013) and a currently developing research methodology for studying processes of theatre and performance-making which use aurality as their point of departure. By focusing on often innovative and emergent dramaturgical practices, and re-centering the maker(s)’ agency over processes of critique, this work foregrounds the affordances of improvisation, conversation and collaboration in academic enquiry.

The ‘social turn’ in performance at the turn of the 21st century has brought into the vocabulary of theatre and performance studies terms such as ‘relational’ (Bourriaud 1998, Boenisch 2012), ‘participation’ (Bishop 2006, 2012; White 2011) and ‘immersive’ (Klich and Scheer 2011, Machon 2013, Alston 2013, 2016). Bishop, Alston and also Ranciere (2009) and Kunst (2015) are all highly critical of the trends these terms refer to which co-opt the audience’s agency within the mechanism of the artwork, and by extension within the workings of neoliberal capitalism itself. These critics see relational arts as a manifestation of insidious modes of exploitation. I argue that we should instead consider the artist as a collaborator in the knowledge-production processes  rather than as a ‘collaborationist’ with the enemy.

Drawing on the inherently relational notion of voice (Cavarero 2005) and inspired by the positive potential of immersivity contained within Steven Feld’s notion of acoustemology (2015), this paper proposes a post-critical, empirical research methodology which re-centres the artist – and the notion of the ‘artist’s performance idiom’ – through a collaborative approach in the knowledge-seeking endeavor of academic research.