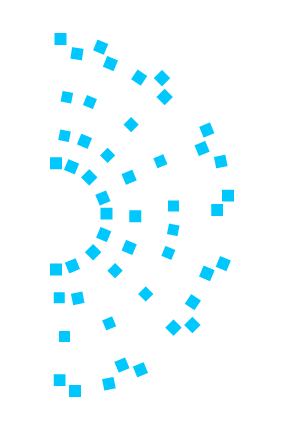 What does hearing differently teach us about hearing difference? What do cross-sensory and cross-cultural encounters have in common, and how might the epistemological tools of one help us theorise the other? How has experimental theatre, both overtly and intuitively, explored and exploited these ways of knowing?

In this episode of the Library Kanta Kochhar-Lindren talks us through her Hearing Difference: The Third Ear in Experimental, Deaf and Multicultural Theatre (Washington: Gallaudet University Press, 2006), a ground-breaking interdisciplinary volume that departs from the idea of the ‘third ear’ to tie together experimental, deaf and multicultural theatre and theatrical research.

Kanta Kochhar-Lindgren is an Indian-American and hard-of-hearing choreographer, director, curator, interarts practitioner, and scholar. She holds a PhD in Performance Studies from New York University.

The title of my book is Hearing Difference: The Third Ear in Experimental, Deaf and Multicultural Theatre.

[00:00:30] HOW DID YOU COME TO WRITING THIS BOOK? / WHERE DOES IT SIT IN RELATION TO YOUR PREVIOUS WORK AND INTERESTS?

I came to writing this book from several directions. It is a revision of my PhD dissertation. There’s a bit of autobiographical undercurrent in the book – I’m Indian-American, hard–of–hearing, and an artist and scholar, and I’ve had a vested interest in modes of ‘hearing differently’ for quite some time. But when I was doing my PhD work, I became very interested in the fact that there was quite a conversation going on about sound cultures, particularly sound performances – and particularly experimental sound performances. Of course, there’s a long tradition of that, but it was very much the rage when I was in grad school. But I noticed that there was very little conversation about hearing and sound in relationship to sound and D/deafness and hard–of–hearing–ness. I felt that, at the time, I began to think that there needed to be an intervention in that. I also learned that there was very little written about performance and deafness [i.e. ‘deafness as critical modality’ Davis, 1995], but also performance and D/deaf theatre. So my project is a particular intervention in that conversation.

[The book] sits in relationship to my work in general in two different ways. It was an opportunity to bring together several threads of things I had been working on up to that point, but as a kind of cross between arts research and scholarship it’s informed all of my work since then.

I am right now based in Hong Kong. I am the Founding Director of a dance and theatre company called Folded Paper Dance and Theatre Limited – it’s registered here in Hong Kong. I’ve been working on a set of projects that look at a form of the questions I’ve just brought up. Basically I started a set of projects – one is called Sound Bodies I. The current project I’m working on is called Sounding Bodies: Intermedia in Hong Kong. And so what I’m doing is I’m working across experimental theatre, positionality of D/deaf theatre and the cross-cultural, ethnic – moving across geographical boundaries business. We are going to be doing a number of things. One example of this kind of cross-sensory modality is that we’re going to be designing and building ourselves and working with communities on sound sculptures made from simple materials – it’s too complicated to make really huge things – that are accessible. So the idea is that at the very least, something that we design or the community designs that is accessible for the deaf participants and/or accessible for the blind participants. We’re going to move that and then some work on image and sensing space into an interactive installation and then we’ll co-create a performance that goes inside of it. There is quite a bit about the business of hybrid bodies, sounding bodies, bodies that sign, or moving bodies that have text behind, just finding different ways to investigate those different bodies moving through space.

[00:06:16] WHAT DOES THE BOOK CONTRIBUTE TO THE EXISTING BODY OF KNOWLEDGE IN ITS FIELD?

The book does several things. In terms of deaf studies, at the point that I developed the project there were a number of people writing in deaf studies such as Lennard Davis, H-Dirksen Bauman, Carol Padden, Tom Humphries and Mairian Corker. The primary focus was on the critique of deaf studies in terms of cultural history and political history and also critiquing audism that is prioritisation or valorisation of hearing over any other mode of experience related to soundscapes.

There was a call on the part of Lennard Davis and Dirksen Bauman in particular to do more work linking deaf studies to multiculturalism and also to art. So my work picks up that part of the question. The sensorial border crossing, the perceptual border crossing does imply an experimental art-making in different proportions.

The border crossing in deaf theatre, different forms of D/deaf theatre, disability theatre and then the same thing in ethnic and different cultural theatres, they all require some type of navigation and border crossing, so that thinking about a third ear is a way of doing that and a way that includes – [that] potentially is [more] inclusive. On the other hand, my work also steps into the field of disability studies and begins to work to build a little bit of a bridge between the conversation in deaf studies area and the sort of in-between space that I’ve carved out in the project with the disability studies conversation, and thinking about the different ways in which opening up multiple spaces for perceptual experience and sensory experience and corporeal experience is very crucial at the interface between deaf studies and disability studies.

The primary structure of the book is it has an introduction and develops the history of the third ear. The third ear is a kind of umbrella term to park a bunch of things underneath that. It comes a little bit from Nietzsche. And then Freud talks about the third ear a little bit. But I take it in a different direction. There’s the tendency – it’s not a hard and fast thing – but the tendency is to say people are hearing or they’re not hearing, so it’s a binary. And there’s real value in unpacking that, in saying: ‘Okay, there’s the hearing and there’s the hard of hearing or the deaf.’ But there’s sometimes a bit of a bifurcation, there’s hearing and there’s the deaf community, right? Since I’m hard of hearing, I’m kind of in the middle anyways, so what I wanted to do is ask if there’s another way to think about listening, about being in tune, about hearing through different organs, through the skin. Also I argue in the book for several other things that have to do with cross-sensory work and synaesthesia and sort of bridging together this idea of spectator and audience because ‘spectator’ carries with it the ways of seeing, and ‘audience’ more or less carries with the way of hearing – and I’m asking if there’s something else. Research in intercultural communication shows that communication actually happens partially by synaesthesia, and then other research shows that communication between hearing and deaf people actually partially happens through synaesthesia.

Then in the next chapter, I focus on experimental theatre – and the particular example that I focus on the most is a work by Robert Wilson called Deafman Glance, which was a project that he developed in the late ’60s and early ’70s about his relationship with a deaf African-American boy who primarily communicated using pictures. I looked at the structure of that piece and the response to that piece, to then talk about possibilities for how to think about the third ear in relationship to that.

The next chapter is on D/deaf theatre in the sense that it focuses on the National Theatre of the Deaf, which is the first moment and sort of the development of deaf theatre in the ’60s where a hybrid performance form was used, with signing performers on stage and speaking actors or actresses paired together with deaf performers.

The next chapter is on multicultural theatre with a very specific focus on Ping Chong and some of the work that he developed. And then the next chapter is on [Transposed Heads] a project developed by Ragamala Dance Theatre in Minneapolis, which is about a performance project between an Indian choreographer and a BharataNatyam dancer and a Deaf actress where the mudras were used and sign language was used.

So that’s the kind of base overall structure, but underneath that the other structure is semi-autobiographical and those chapters include a brief section where I thread together bits of ways in which that’s connected to my own narrative. Because I thought it was important to locate myself inside of this conversation in fairly concrete and specific ways.

So it was very enjoyable to write the book in the sense that when I finished I was very happy, because it was complex and I knew when I decided to do the project pretty much what my thesis was and then I had to prove it. But it was very difficult to write it, because there was not a very clear precedent for the work that I was doing, at that point in time. There’s much more of a conversation now about disability studies and this kinds of thing if we’re looking at the next generation, but at that time the field was still emerging in terms of disability studies and performance in particular, and then certain forms of deaf studies and performance.

[Smiling] That’s a difficult question! And ‘favourite’ is a kind of vexed word, right? [Laughter.] But in a way my favourite chapter is the history chapter because I’m the most proud of it. It required me to do a lot of historical work, sort of going back and saying: ‘Well, if I see such clear evidence now, what is the history of this kind of theatre of the third ear?’ ‘Where has this been playing out for reasonable length of time or fairly significant length of time?’… And it can be tracked at the very least back to the late 1700s in Europe with the rise of deaf education, and the ways in which the various students there and other individuals were asked to perform – their capacity to communicate and this kind of thing. And then the move into other moments in the development of experimental art practices in terms of synaesthesia in the late 1800s with the symbolists and other sorts of experimental or avant–garde arts practices and then more history about the history of the deaf community. So I felt particularly proud of that chapter.