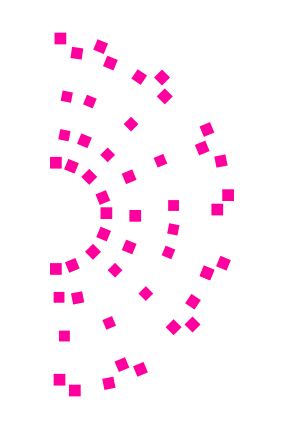 Perhaps due to increasingly technology-enabled forms of socialising, there’s been a growing generational interest in rave culture over the past few years, exacerbated by the pandemic in 2020/21. The notion of a disembodied social and nightlife was already inherent in pre-Covid phenomena such as Boiler Room and other platforms for the solitary enjoyment of what had always been the communal practice of clubbing – and these were already slightly bewildering, as they seemed to peddle the idea to those coming of dancing age that clubbing might be possible without community, without hyper-locality, without physical presence. But the enforced social distancing (or ‘dis-dancing’) of recent months and years has further pressed a return for embodied experience and for communality which was already latent in current teenagers and 20-somethings: turns out ‘body music’ really is body music, and it is not the music per se that makes the rave a practice worth cherishing but the experience of feeling that music with other people, or as Kodwo Eshun had it before having to confront the hurdles of nostalgic writing, ‘the moments when each dancer in the crowd becomes a medium transmitting sensory current’ (Eshun 1998: 099).

Artworks and media that deal with the complex cultural, social, and physical experience of ‘the rave’ have become ever more urgent in public consciousness: Kieran Hurley’s Beats (2018), deeply unpicked in his Gallery interview with Duška Radosavljević, and SK Shlomo’s Reconnect: Digital Raving (2020), one of the performances co-commissioned by this project, both attest to this, as do pieces such as Gisèle Vienne’s Crowd (2017), Mark Leckey’s recent show at Tate (2019-2020) which included the artist’s hugely influential Fiorucci Made me Hardcore (1999), and an avalanche of essay-films, documentaries and more vernacular archival projects of recent years, too many to mention here.

So what is it about rave, right now? As ever, there is no short answer. It certainly has to do with finding kinship and challenging authority or at the very least escaping institutional and technological control; it probably has to do with escapism and hedonism in a world and a country plagued by mental illness, according to the old adage by which you might lose yourself to find yourself (or so you hope); it equally might indeed have to do with some kind of longing for spirituality or – again at the very least – mystery. These are hypetheses about dance cultures but they are also hypotheses about theatre cultures: about what performance should about and for, and what kind of experience it fosters. Indeed, the pervasion of rave as a ‘topic’ on stage perhaps it also has to do with theatre’s perceived stifled nature or incapacity to engage in the first person: in this case, could we see the trends for rave and immersion in contemporary performance as two sides of the same self-obsessed coin? In his interview on auralia.space, SK Shlomo explicitly mentions how ‘rave theatre’ could pull a generation back to the auditorium, and the fact that Hurley’s Beats was made into a film is no mean feat in the underground theatre circuit. In any event, the obsession with rave also and perhaps most crucially has to do a sense of communality given by rhythm, and this concept constellates this collection.

Beyond the examples given above, this idea is treated in depth in our Gallery interview with ZU-UK, whose epic Hotel Medea fused performance, rave, and immersion in an ambitious and generous all-night spectacle. The engagement here is different of course, and more similar to a rave: you have to show up to a difficult location, and you have to stay all night. So what can the theatre learn from this? This focus on the liberating capacities of the beat, the rhythm, the drum – crucial in ZU-UK’s work and cultural heritage, which moves between Brazilian traditions and Jadé Peravala’s first routes into performance via the British industrial music scene of the early 1990s – is also an anthropological and historical question, of course. At a certain point in Annie Goh and Miriam Kolar’s Salon exploring archaeoacoustics in Chavín in Peru, Goh describes encountering some ancient graffiti in which the San Pedro cactus, a hallucinogenic drug used at the site. The conversation takes another direction, but this remark of Goh’s opens up a long, long line between our ancestors’ rave culture and our own, the written traces they left behind and the ones we might to those who will come after us: suddenly, we close our eyes and imagine a historical continuum made of 3000 blissful years of dancing. If, returning to Eshun, ‘the bedroom, the party, the dancefloor, the rave are the labs where the 21st century nervous systems assemble themselves’ (Eshun 1998: -001), surely it’s the theatre’s function to also deal with these sites of experience. The question that remains open – and in some measure pushed forward by some of the interventions assembled here – is whether the theatre can eschew tendencies towards ‘aboutness’, nostalgia, ekphrasis vis à vis rave, functioning as a second class kind of experience, or whether it can (or should?) engage infrastructurally and dramaturgically with rave, perhaps as a kind of re-membering of the Dionysian. 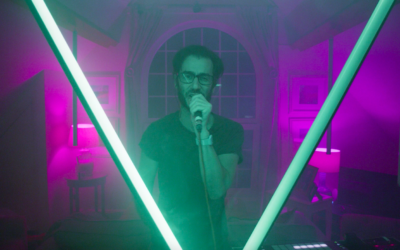 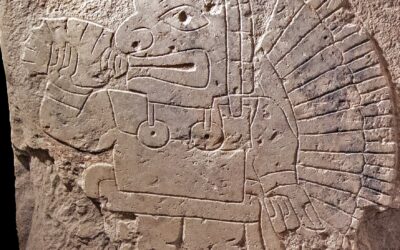 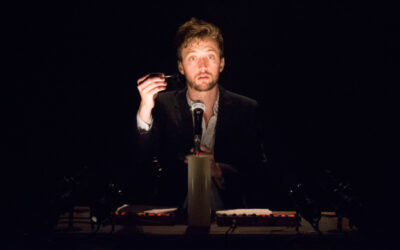 Storytelling as Sonic Conjuring: An Interview with Kieran Hurley

Slippages in Perception: An Interview with ZU-UK 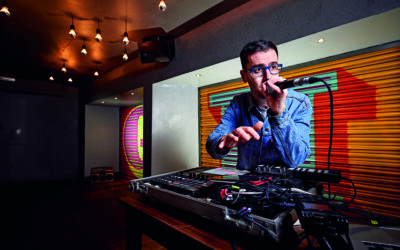 To Unite in the Groove: An Interview with SK Shlomo